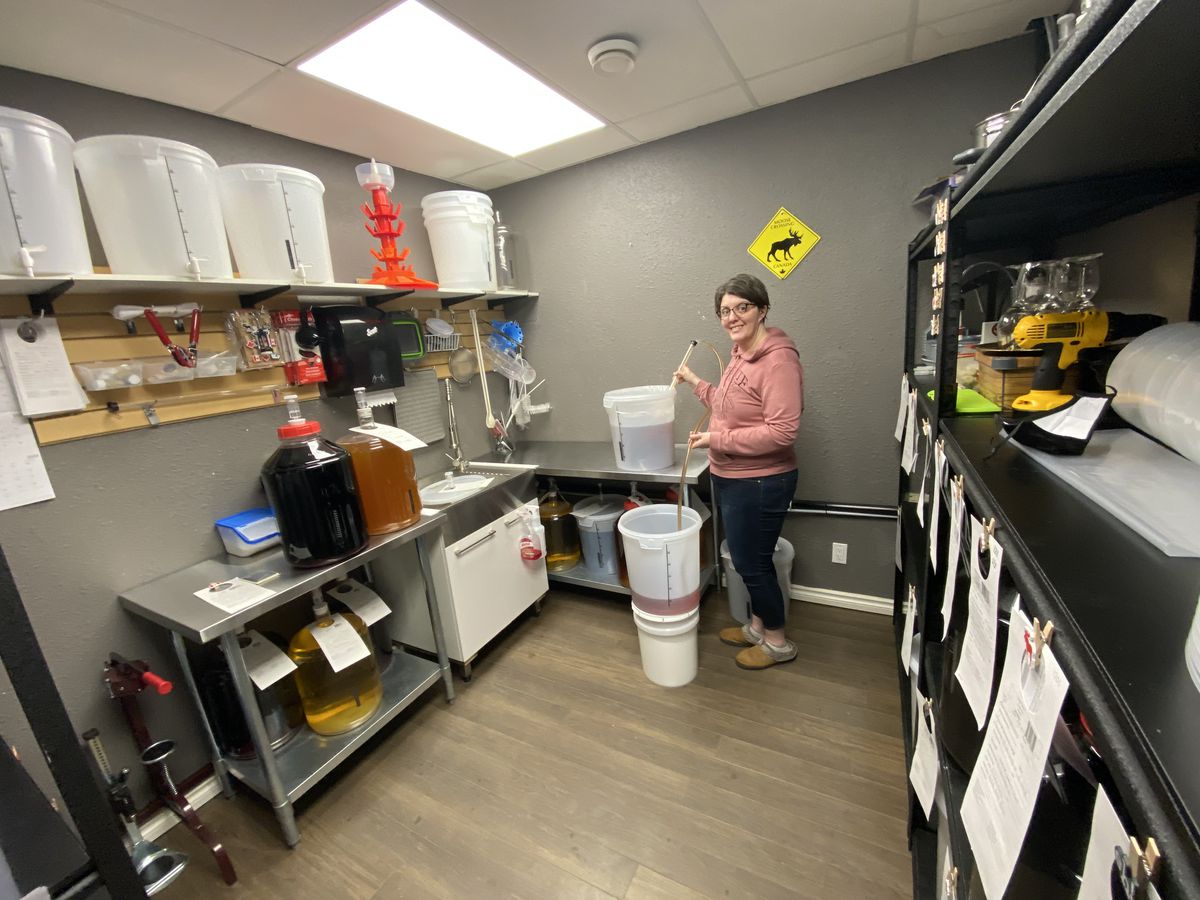 After Alissa Wilson’s administrative position at a medical clinic in Whitecourt, Alta., went from a temporary layoff to a permanent termination in June, she knew it was time to find something new. She found herself considering an idea she and her husband, Steve, had wanted to pursue since they moved to the central Alberta town from British Columbia in 2010: opening a do-it-yourself brewing business. Previously, it had never felt like the right time – but the pandemic presented an opportunity.

“It seemed like all of the blocks were fitting into place when the rest of the world was blowing up,” Ms. Wilson said.

She went through Alberta’s Community Futures grant program, put down money for a two-year lease on a building in town and secured her liquor licence, spending thousands of dollars before she’d made her first sale. Her new business, The Fermented Moose Brewing & Equipment Co., opened on Sept. 1. People can make their own wine, beer and cider on site or buy home-brew kits.

“It was so nerve-racking [to start the business], it was something that was so scary,” she said. “But it’s really become a labour of love. Every time I make a sale I do a little jig.”

Countless other Canadians are also making major career changes during the pandemic – going back to school, starting a new business or freelance career, or pursuing a long-held dream. While many have been spurred by a sudden layoff or the short-term or long-term collapse of their industries, others may just be reconsidering priorities.

An October survey by recruiting firm Hays Canada found 49 per cent of employees are “seriously considering” leaving their current role. Another survey by staffing agency Robert Half, released in the summer, found nearly the same percentage (47 per cent) were rethinking their professions in the pandemic, with 29 per cent of those respondents saying they wanted to pursue a more meaningful or fulfilling position.

“I think what’s happening in the world right now is forcing people to really question what their values are, what they want in life and what they want their purpose to be,” said Jacob Hirsh, an associate professor of organizational behaviour and human resources management at the University of Toronto’s Rotman School of Management, whose research centres on personality processes in the workplace.

Over the past 20 years, Prof. Hirsh said, there has been an increasing focus on work that gives people a sense of purpose. In 2017, he co-authored a paper that found people were consistently more willing to accept lower salaries for meaningful work.

“It’s a different question if there’s job insecurity and you’re questioning whether your industry is going to exist – that’s a different set of motives that might make you abandon ship. But if you’re in a stable, comfortable position that’s not satisfying you, it really comes down to this trade-off of security versus this pursuit of something you’d find much more meaningful.”

For Toronto-based Amanda Soufi, a pandemic layoff accelerated a security-to-meaning transition she was already preparing to make. Ms. Soufi, a former public relations and marketing professional, was pursuing a certificate in holistic nutrition, a long-time passion, while working part-time at a restaurant. She was in the middle of her studies when the pandemic hit and she was laid off.

With an unexpected amount of free time, she decided to start her own business as a nutrition consultant well ahead of schedule, spending months putting together her business plan and branding and building her social media presence before launching in July.

“I didn’t think at all I would launch it so soon, because I’m still in school. But I had all this free time … and I know I’m really knowledgeable in my practice, so why not now?” she said.

Shirin Khamisa, founder and practice leader at Careers by Design, based in Toronto with six other locations, said people often forget that making a career change can be a lengthy process, so it’s particularly important that they know what they want, that it will be a good fit for them and the realities of that job market.

People also need to have the resilience to get through and learn from failures and setbacks, she added. “If you’re doing anything worth doing and that’s stretching you, you’re going to encounter your limits both in your skills and experience.”

In fact, “learning to do a new thing can kind of give you the future back,” said Jill Murray, a Montreal-based freelance video game writer and narrative designer who started a side career during the pandemic as an online personal trainer for other gaming and technology workers.

Ms. Murray, who had found physical activity helped her maintain her health and sense of self while working in a stressful industry, initially planned to take a break from games and work full-time at a gym, but the coronavirus closings of fitness centres forced her to change her plans – and in the process gave her a better work-life balance by allowing her to choose gaming clients with more flexible hours.

“A lot of us are in a kind of stasis waiting for this thing to end,” she said. “Starting something new or developing a new business on your own time can be a way of feeling like there’s something new on the horizon.”