The restaurant industry is hurting. That’s not stopping these entrepreneurs 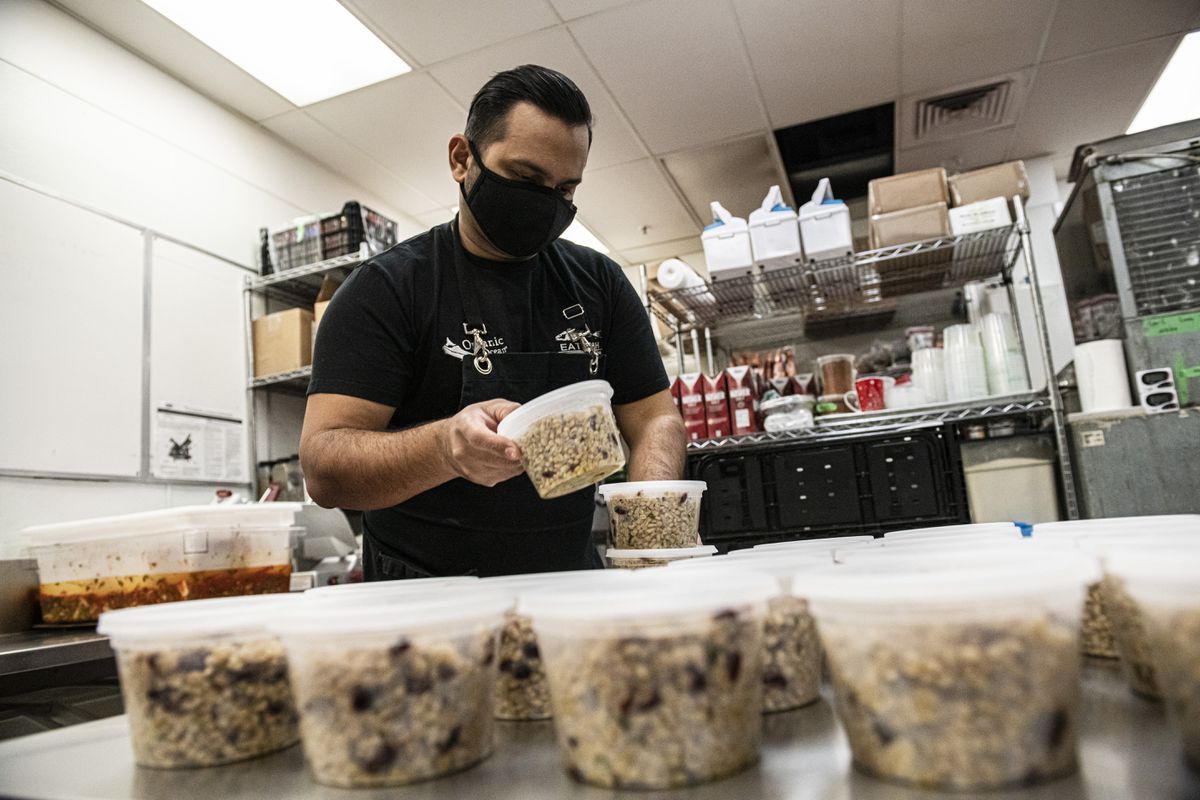 After two decades in kitchens, Miheer Shete was suddenly detached from his career.

The chef de cuisine at Jump Restaurant in downtown Toronto, Mr. Shete was temporarily laid off in March, much like thousands of restaurant workers as the COVID-19 pandemic took hold. He was happy to spend more time with his wife and daughter, but a sense of despair kicked in.

“When I was laid off, I felt like everything was falling apart around me,” he said. “This is a time I have to do something. … It was literally my human survival instinct to save my passion, and my family.”

After batting around the idea for years, Mr. Shete started Curryish in May. Every week, he releases a new menu – contemporary Indian cuisine, using seasonal ingredients – that’s delivered on weekends. For the festival of Diwali, in November, he sold out of 65 multicourse meals (intended for two to three people) in under an hour. Mr. Shete had to hire chefs and drivers to keep up.

“My plan for Curryish is to get a storefront,” he said, eyeing a potential spring 2021 opening. “I know it sounds really crazy at this moment.”

Mr. Shete is hardly alone. Despite tough odds, and what might be the industry’s darkest time, a growing number of people are opening restaurants and other food-related ventures.

By and large, what’s emerging is decidedly different. Menus are tighter, with items that travel well for takeout orders. Laid-off chefs are pursuing passion projects. And food entrepreneurs are hawking products – everything from artisanal ice cream to fiery hot sauces – on Instagram.

Of course, the industry remains in distress. The number of hospitality workers in Canada (including hotel employees) has fallen by 236,000 since February, or 19 per cent. High-end restaurants and neighbourhood favourites have shuttered for good. And several provinces have recently banned indoor dining – again – ensuring another round of layoffs.

Still, there is a trickle of encouraging news. Using data from Yelp, University of Toronto researchers found that from May to November, more restaurants opened (244) than closed (214) in the city. More than 90 per cent that existed in May, when Toronto was under lockdown, were still around six months later. Amid the wreckage of COVID-19, many restaurateurs have found ways to adapt and survive.

Phanom Suksaen is one of them. He was scheduled to open his latest Thai restaurant, called Maya Bay, in Toronto’s east end on April 1. However, a late-night snack bar wasn’t exactly cut out for a pandemic. Instead, as he waited to be allowed to open for table service, Mr. Suksaen leaned into delivery. That included launching what many refer to as “ghost kitchens,” or delivery-only restaurants. His first specialized in Thai vegan fare, followed by one focused on chicken wings.

Including Maya Bay, Mr. Suksaen is essentially running three restaurants out of a single kitchen. He also just opened a new location – his eighth – in the city’s Annex neighbourhood. “I have too many Thai restaurants in Toronto,” he said with a laugh.

For Erin Mahoney of Montreal, the pandemic continues to throw curveballs. She was supposed to open Restaurant Joon, which features cuisine from the Caspian and Caucasus regions, in May. The pandemic, followed by construction delays, pushed her opening date to late September – only for Montreal to head back into partial lockdown soon after.

Thankfully, Ms. Mahoney had a “second wave” plan ready. She and her partners had built up a financial buffer to survive the period. They also purchased a display fridge to stock with ready-made meals suited for takeout.

“There’s a huge amount of passion,” she said, explaining why restaurants continue to open. “Otherwise, it would just be foolishness.”

In Vancouver, Remi Ho was confident in opening his first brick-and-mortar bakery last month. Since early 2019, his Remi Patisserie had operated as a pop-up in various locations, allowing Mr. Ho to build a clientele. After COVID-19 hit, customers got used to ordering ahead with their devices. “My business online was booming,” he said.

With consumer habits shifting, Mr. Ho leased a small space with no seating, allowing him to save on rent. “Because of the pandemic, people are more used to taking [food] home,” he said. “I can open something that’s to-go only and people will understand.”

Of course, that’s not an option for everyone. Many restaurants invested thousands in their outdoor spaces, hoping to salvage a winter dining season that is now banned in some cities, while takeout and delivery are hardly suitable for all establishments. With virus cases still rising in many areas, restrictions could be in place for some time.

“I think we’re going to see another round of closures and decimation,” said Shauna Brail, an associate professor at U of T who is leading the data project. “And we might not see it immediately.”

Still, many chefs and food-industry veterans are ploughing ahead, leaning on skills that were developed in what is already a brutal business in the best of times.

“The reason I’m able to deal with this [pandemic] situation is because of my training in kitchens,” said Mr. Shete of Curryish. “We go through pressure situations where we don’t know what to do, and you just have to make things work.”