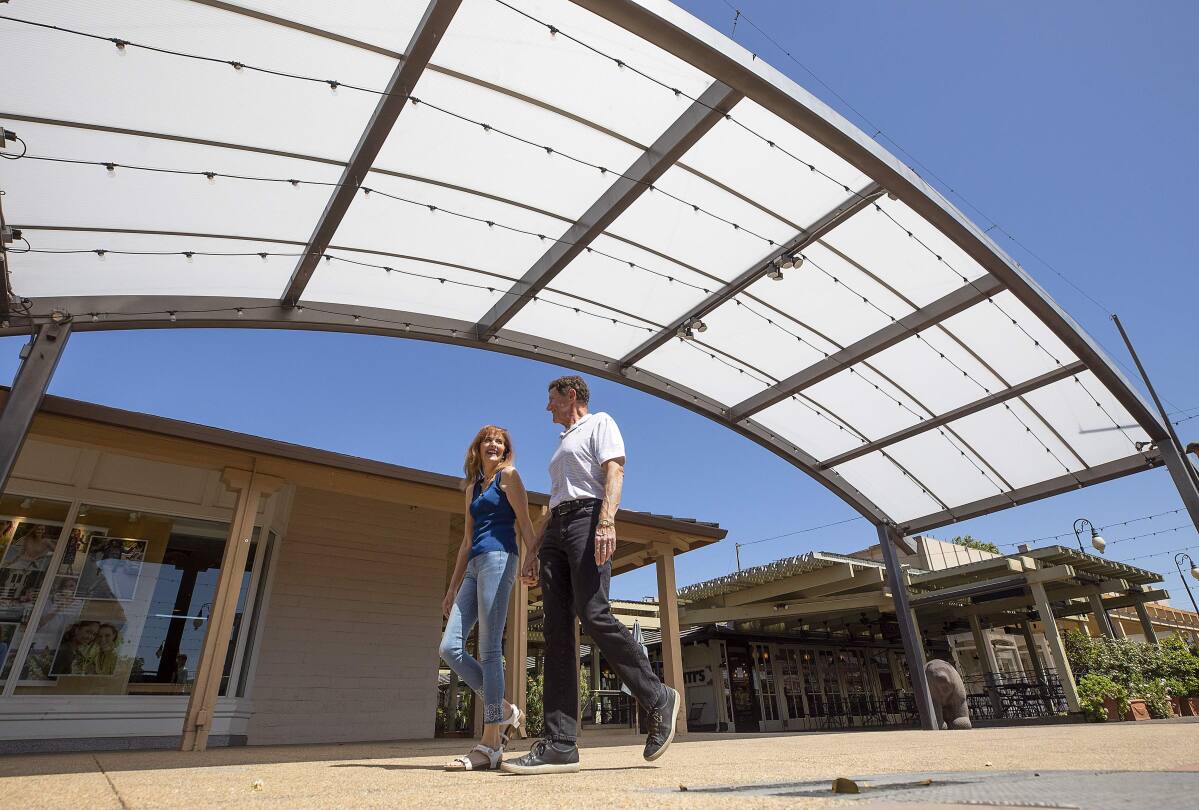 The owners of the landmark Montgomery Village shopping center in Santa Rosa are negotiating a potential sale of the property to a Boston-area developer that specializes in building and managing commercial projects combining stores, restaurants and offices.

David and Melissa Codding, owners of the eastside shopping center, have informed tenants they are engaged in talks to sell Montgomery Village to WS Development Co., after being contacted by the company last summer.

Hugh Codding, David’s father, opened Montgomery Village as a neighborhood retail center 71 years ago on land that had been an orchard. For decades, the outdoor complex has been a popular place for generations of Sonoma County families to shop, eat and gather for musical performances.

“WS is now conducting their discovery and due diligence regarding the possible purchase of Montgomery Village,” David and Melissa Codding wrote to tenants of the 300,000-square-foot center in a March 12 letter.

Jonathan Rauch of WS Development wrote his own introductory letter March 18 to store operators at the Santa Rosa center.

Rauch wrote that any agreement by his company to acquire Montgomery Village was “several months away” but WS Development “was humbled by our selection and excited to take the property into its eighth decade.”

The Press Democrat obtained copies of both letters sent to tenants. Following multiple inquiries from the newspaper in the past couple of weeks about plans for the shopping center, David Codding confirmed Monday in an email to a reporter that he and his wife sent a “heartfelt letter to our merchants so they knew what would be taking place over the next few months.”

“As noted in the letter, should the sale go through, then my wife and I, together with WS Development, would send out a joint press release,” Codding said in the email. “Until the process is complete and final determination is made, there is not a comment that I can add other than what was provided to our merchants, which you now have.”

Rauch did not respond Monday to messages left for him by The Press Democrat.

In their letter to tenants, the Coddings said they have been pondering the past few years what would be best for Montgomery Village when they decided to retire. Their daughter, Alexis, is a senior in college in Southern California who plans to pursue a graduate degree, and ultimately wants to be a marine biology professor, they wrote, rather than taking over management of the shopping center.

“Ultimately, we realize that we could not ask her to give up her dreams and aspirations to come back to Sonoma County and take over the reins of running the Village,” according to the Coddings’ letter.

As they assessed their options, the Coddings told their merchants they wanted a company with ownership and management experience of similar retail properties that “would own and manage the Village that is akin to our own management style we have developed over the past 35 years.”

They wrote that Rauch contacted them “unexpectedly” late last summer and said WS Development was interested in “possibly purchasing our Montgomery Village.”

After long talks with him, including in person when he recently visited the North Bay, the Coddings learned that the Chestnut Hill, Mass., developer owns and operates “open air, lifestyle properties” like their Santa Rosa shopping center, they wrote to tenants.

The Coddings wrote that the developer appreciates the “combination of independent merchants with national retailers.”

Should the Coddings reach a final agreement to sell their center to WS Development, the developer has asked and they plan to offer their assistance “to ensure that the transition goes very smoothly” for tenants, according to their letter.

Overall, the Coddings wrote to tenants that “we believe WS can bring in new and exciting additions” to the Santa Rosa shopping center. “Looking at some of their other properties and what they have done to enhance them, it is quite impressive.”