Roof repairs at 137-year-old Marr Residence could cost over $40K: board 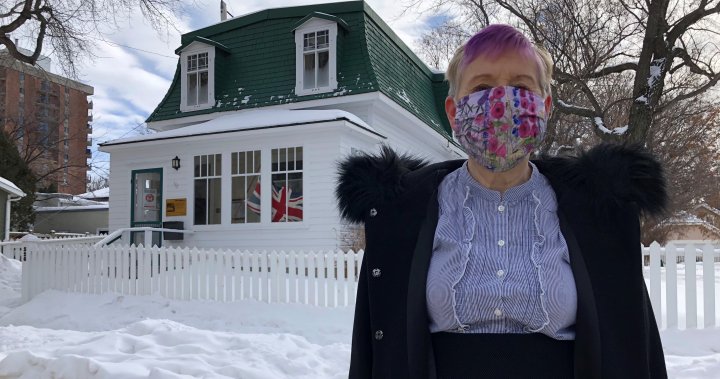 A historic building in Saskatoon said it’s in dire need of repairs after deteriorating for years. The roof of the Marr Residence is damaged, but its volunteer board said there isn’t money to fix it.

At 137 years old, a little wear and tear is to be expected, but now there is a crack on the side of the building.

“Unfortunately with roofs, you don’t realize how much deterioration until you can see the problem, and unfortunately now we’re seeing the problem,” said board chair Della Marshall.

The biggest, and most notable issue, is outside; but problems have started to show up inside too with water damage in one of the rooms, Marshall said.

“There’s water coming down to that point, it’s probably going down farther so that’s becoming a concern,” she said.

Despite the damage, both Della Marshall and the city say the home is structurally sound, so repairs aren’t immediately necessary.

Read more:
E-scooters could hit Saskatoon paths and sidewalks this spring or summer

“The overall condition of the Marr Residence is very good, aside from the roof,” wrote office and program facilities manager Craig Senick in a statement to Global News.

Senick said the city is working on a funding strategy to help Marr Residence, as it doesn’t contribute to the city’s capital reserve fund for these types of projects.

“In the coming months, the Facilities Management Department will be presenting a report to City Council on a new Asset Management strategy for all Civic buildings,” he wrote.

“One of the recommendations will be centered around facilities that are gifted to/or taken over by the City of Saskatoon, and that appropriate funding is in place to bring such a facility up to an approved condition standard.”

For Marshall, she said she worries about what waiting too long could mean.

“Eventually it would be destroyed, it would have to be demolished,” she said, voicing her biggest fear for the building.

She said the Marr Residence is an important piece of Saskatoon’s story.

“It’s our history, it’s were we came from, it’s where we’ve learned a lot of things from,” she said.

“It’s just so valuable, it’s like your own family tree. Everyone wants to know their history. This is part of history.”

The board estimates repairs could cost at least $40,000. It’s looking at possibly holding a fundraiser to keep one of Saskatoon’s oldest houses around for even longer.