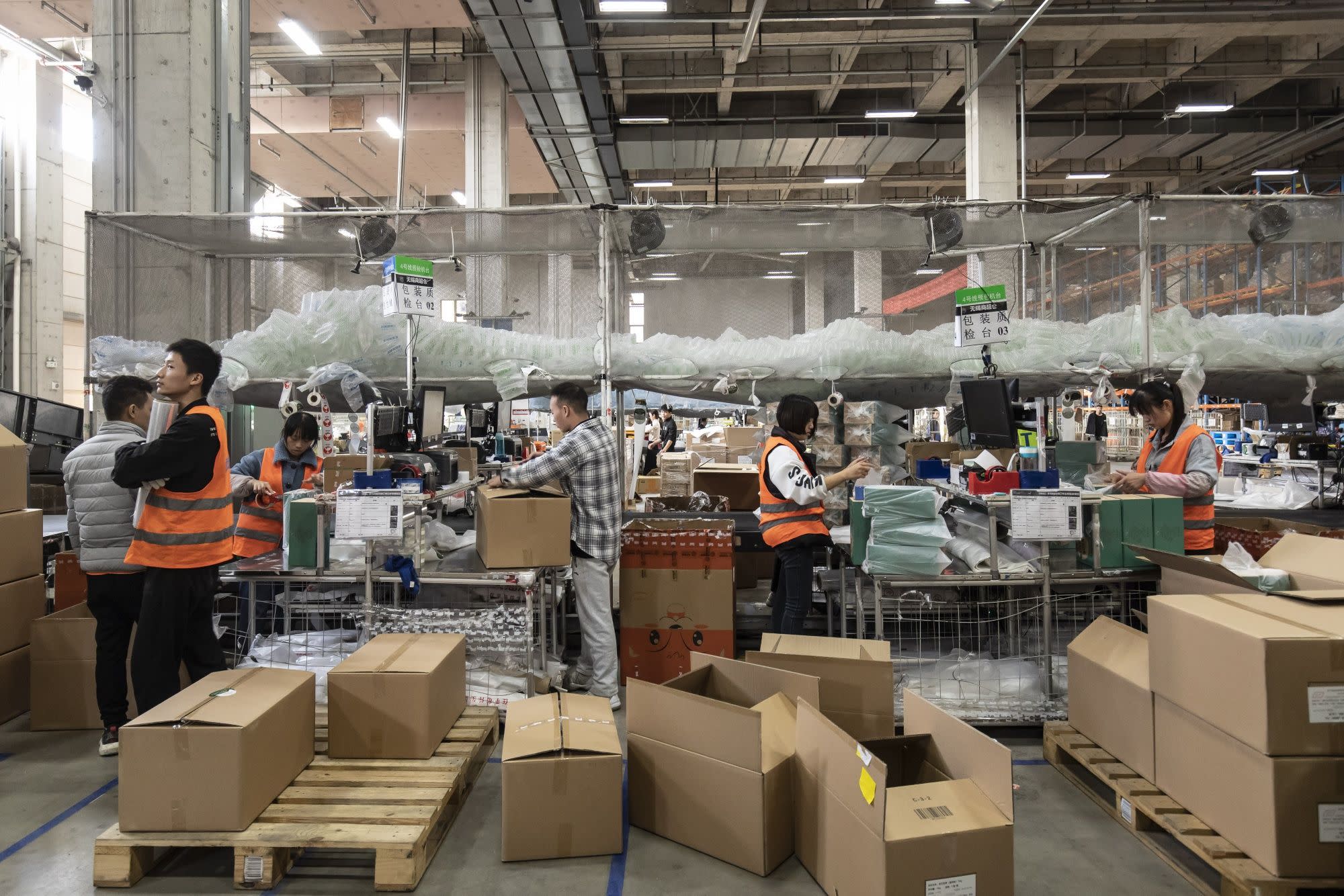 (Bloomberg) — If you worry about all the waste generated by the annual rush of holiday shopping and gift giving, it’s nothing compared to the mountains of discarded packaging that comes from a single event in China.

On Nov. 11 each year, the world’s biggest consumer market goes into overdrive as e-commerce giants like Alibaba Group Holdings Ltd. and JD.com Inc. lure shoppers with huge bargains during the Singles’ Day bonanza. Alibaba reported almost 500 billion yuan ($76 billion) of sales this year, nearly four times U.S. Black Friday and Cyber Monday spending combined. On its Tmall platform, transactions reached a peak when 583,000 orders were made in a single second.

All those purchases meant 675 million packages had to be delivered, a 26% increase from 2019. Online shopping in China generated 9.4 million tons of packaging in 2018, according to Greenpeace, which projects that the amount could rise to 41 million tons by 2025, about the same as all the waste produced by Japan in a year.

Greenpeace estimates that Singles’ Day generated 52,400 metric tons of CO2 from manufacturing, packaging and shipping in 2017. The national railway has to employ hundreds of high-speed trains to help with deliveries every year.

As President Xi Jinping pushes for stronger environmental protection and consumers grow more eco-conscious, the nation’s e-commerce giants are under pressure to find greener ways to handle the annual extravaganza, starting with plastic. China’s soaring use of the material has become one of the world’s most pressing environmental issues, but switching to other materials is costly for smaller businesses and the government has struggled to implement a plan to phase out single-use plastics.

E-commerce companies are trying to stem the tide. For Singles’ Day this year, Alibaba’s logistics arm Cainiao designed recyclable corrugated cardboard boxes that don’t have to be sealed with plastic tape. The company offered the packaging to more than 500 sellers on Tmall, including brands like Nestle SA and Procter & Gamble Co. The so-called zipper boxes cost twice as much as their usual packaging, but sellers that opt to use them get extra promotion on the website. Cainiao says it used 190,000 plastic-free boxes and 3 million biodegradable bags to package Singles’ Day orders this year. While that’s a step forward, it’s just a fraction of the total increase in packaging this year.

At one of Cainiao’s warehouses in Langfang city southeast of Beijing, the zipper boxes appeared frequently on the assembly line as employees worked in shifts around the clock to meet demand during the busiest week in November. Cainiao emblazons the boxes with dolphin images to “raise awareness of how plastic pollutes the oceans,” said Tang Linrong, a member of the company’s packaging solutions team. Tang said his team plans to promote the zipper boxes at other shopping events throughout the year.

But it’s the millions of smaller retailers which are the backbone of China’s consumer goods industry that are the sticking point.

Unlike Tmall, which mostly caters to established brands and international companies, Alibaba’s Taobao platform allows these vendors to sell directly to customers. Prices are so competitive that reducing packaging and shipping costs are crucial for sellers to make a profit. Angela Cai, Cainiao’s head of international communications, said Taobao will give retailers who join their green initiatives special perks to help them attract customers.

Still, without government regulation, companies are left to decide if they want to use more sustainable packaging. Online shopping has become such a key driver of China’s domestic economy, especially during the pandemic, that authorities have been reluctant to institute rules that could hurt the industry. The environment ministry, which drives climate policies, doesn’t have the power to mandate greener packaging.

“There is a mismatch between which department has the power to manage, what can they manage and what needs to be managed,” said Tang Damin, Plastics Campaigner at Greenpeace East Asia. “The regulator in charge of packaging in the delivery sector can do nothing more than give suggestions to the e-commerce business.”

China officially banned free plastic bags at markets in 2008 and has said that non-degradable plastic straws should be eliminated by 2020, but those declarations have largely been ignored by the public. Plastic bags are freely available at most markets. Days before the deadline for eliminating straws, drink shops in Beijing’s most upscale neighborhoods still provided them. An ambitious mandatory recycling pilot program that was rolled out in cities including Shanghai and Beijing has struggled to take off.

Experts caution that the degradable plastics many Chinese companies are switching to aren’t necessarily more environmentally friendly. The majority of degradable plastic, for example, breaks down within six months only in facilities with temperatures as high as 50 degrees Celsius and certain humidity conditions. These plastics often end up in landfills, where they can remain intact for much longer.

Switching to cardboard also has its environmental issues. Cardboard production is water intensive, generates emissions and runs the risk of encouraging deforestation if not sourced sustainably. It’s also hard to recycle if contaminated with food or other waste.

Ultimately, the most effective way to curb the surge in packaging may be to encourage people to consume less. Days after this year’s Singles’ Day, staff at a recycling station on Beijing’s Beixinqiao street were still working overtime to sort through the tons of plastic, cardboard and polystyrene foam that had poured in.

“The government put out slogans on garbage sorting everywhere, but I see more and more unsorted trash,” said a worker surnamed Zhao. “I guess it’s easy to talk about the environment but it’s hard to resist the temptation to buy.”

For more articles like this, please visit us at bloomberg.com

Subscribe now to stay ahead with the most trusted business news source.