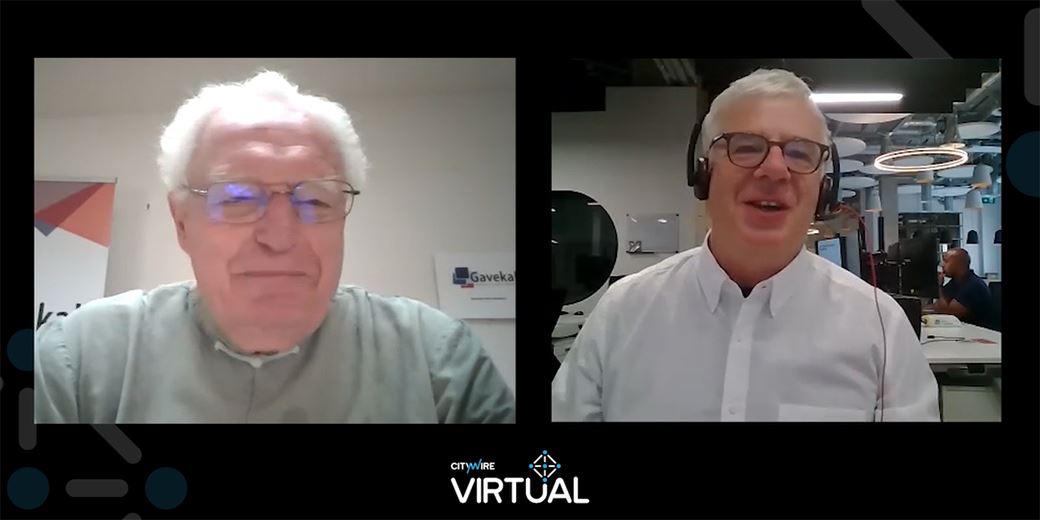 The very essence of money is changing before our eyes in the eurozone, and to a lesser extent in the US.

I am not smart enough to understand the full implications of this transformation but I am sure that it will be big, and now is the time to prepare.

In the past, money creation began with a request for credit by an economic agent, usually an individual, a firm or a public body. In the case of an individual, he or she would offer up assets as a surety for an advance; a company may show the profits it expected to earn from a given investment as justification for the loan; a public body would offer up its capacity to tax the population.

This economic ‘agent’ then went to a bank, or consortium of banks, to raise money,  leading to new money — or a credit — appearing in its account. So, at the outset of this monetary creation process, there was always a request by an economic agent to get money from a lender against a promise to repay in the future. This led to the notion of money having a time value.

From there, the banking system kicked in. The loan made by one bank showed up as a deposit in another bank, which then lent out this new money, and so on. The limit of this fractional reserve system lay in banks’ capital positions since the reserve requirement applied to each loan by the system regulator stopped the supply of money growing infinitely.

Once the limit of 100% of the adjusted capital of all banks was reached, money supply growth naturally stopped. The closer we got to that limit, the higher was the spread between interest rates on risky borrowings and three-month government bills. Indeed, a widening of that spread was a sure sign that the business cycle was maturing. The system, thus, had an inbuilt credit-quality check to complement the work done by commercial bankers.

Walter Bagehot, and all that

The return offered by risk-free assets (interest rates on government bills) was dictated by the central bank, which also oversaw commercial banks to keep the lending market liquid.

Among other things, the central bank had to check that commercial banks were not all lending to the same sectors and companies. Should a bank face a liquidity problem refinancing its loans, the convention was for the central bank to offer it funding, but at a penalty rate.

When it came to the anchor interest rate, with no credit risk and no time risk, the role of the central bank was to fix the rate at which the government would borrow for the following three months. Historically, there have been two schools of thought on where this rate should be set by the central bank:

To summarise the old system:

In terms of the demand for loans or money, it was a market-based system; the price of that money was set by a combination of both the private and public sectors, with regulatory functions generally done by a country’s central bank.

So why has this system ceased to operate in the eurozone and become at risk of doing so in the US?

If this analysis is even partly correct, it means that credit creation in the eurozone is now a top-down affair, with money no longer issued according to ‘bottom-up’ requests by individual entities.

The starting point is that funding must first serve the needs of governments, ensuring that money always flows downwards. This means that a majority of loans will not be repaid by the underlying investment but by taxes levied, eventually, on all or part of the populations that benefited from the investment.

The old monetary system relied on privately-created money through borrowings whose ultimate repayment would ensure that such money was retired.

That was then, as the new system involves the issuance of ‘spending coupons’ that are being distributed to the population using political criteria.

Unlike the old money, these coupons will never be retired, and I suspect that their numbers will rise exponentially over time, as did assignats during the French Revolution of 1789.

In the old system, money was created by the private sector for the private sector, and those who could not service the debt disappeared through the creative destruction process, with their assets disposed to new risk-takers. Hence, at the heart of the process was a risk-taker who could lose everything.

In the new system, growth springs from spending created by the merged central bank treasury Leviathan, which allows governments to distribute spending coupons that will never be repaid and do not meet the test of being either a unit of account or a store of value, as no assessment can be made on the risks of time or credit.

Hence, at the foundation of the capitalist system, we now have governments spending money they don’t really have on people who did not ask for it.

Milton Friedman used to say that when it comes to spending money, there are only four possibilities:

We shall see the end results, but I will admit to a feeling of trepidation.

This piece was originally published by Gavekal and is republished with permission.

This will allow you to evaluate if the Gavekal team of partners and analysts could add value to your work process.

Given the global uncertainty all around, we encourage you to connect with their smart and original thinking, hoping it will prove valuable towards your research efforts and investment decision-making.