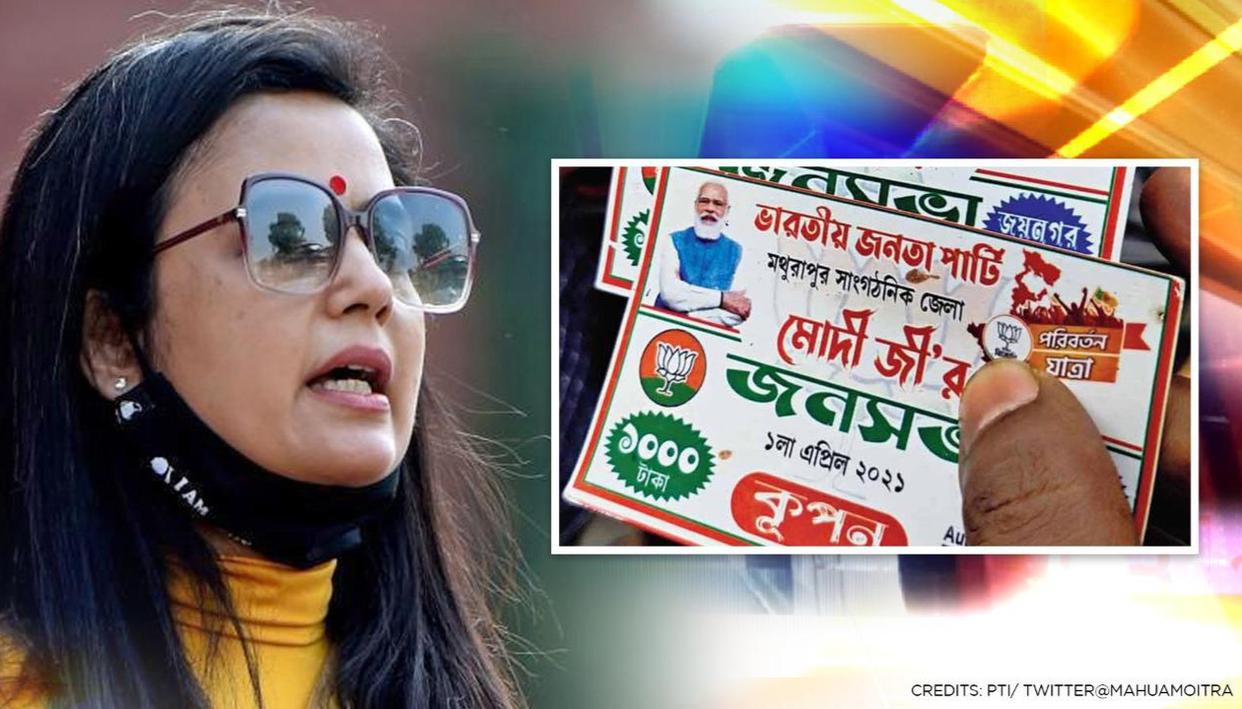 As the blame game between BJP and TMC continues in the backdrop of Assembly elections in West Bengal, Trinamool MP Mahua Moitra has now accused the saffron party of distributing ‘cash coupons’ among villagers to attend Prime Minister Narendra Modi’s rally and to vote for BJP.

“Rs 1000 coupons distributed by BJP in WB’s Raidighi to villagers to attend PM Modi’s meeting and to vote for BJP. ECI, urge you to act & not let this pass as usual,” tweeted Mahua Moitra, along with photos of alleged coupons with the Prime Minister’s photo and the BJP logo on it.

The TMC MP alleged that the rival party was distributing cash coupons of Rs 1000 among people of Raidighi village of South-24 Parganas, seeking favourable votes in the ongoing assembly polls.

Ghar Ghar Modi indeed! @ECISVEEP – urge you to act & not let this pass as usual. pic.twitter.com/srcP5IwQiM

Bengal witnessed 81.47% voter turnout in Phase-3, 86.11%  in Phase-2, and 84.3% in Phase-1 of assembly elections. Clashes were seen between BJP and TMC workers, with both alleging ‘voter suppression across Nandigram in Phase-2 while sporadic instances of violence were seen in Phase-1 and 3 too.

Moreover, Mamata Banerjee herself toured election booths across Nandigram, dialling the Governor – complaining that several voters are not being allowed to vote. She has also complained to the EC, filed an FIR, and termed the elections the ‘most-rigged of all time’, simultaneously claiming that she will win Nandigram easily. Bengal’s other phases of elections are scheduled on  April 10, April 17, April 22, April 26, and April 29 with results to be announced on May 2.