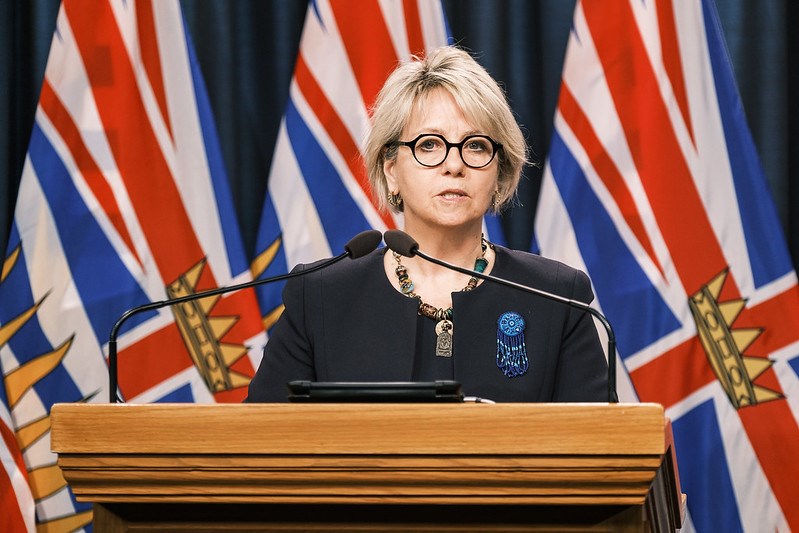 The only COVID-19 death in B.C. in the past day was an individual who was in an acute-care ward of a Vancouver Coastal Health region hospital, health officials said February 23. This is the lowest number of deaths from the virus in the province since November 19 – more than 13 weeks ago.

B.C.’s death toll from the virus that spawned a global pandemic has increased to 1,336, and its rise has slowed in recent weeks, as 98% of residents in seniors’ homes have been vaccinated, with 39% of those having received second doses.

Provincial health officer Bonnie Henry told media February 23 that the low death toll in the past day “really is a reflection of vaccines that we have had, and their use and deployment to long term care [residents] and in assisted living and hospices.”

The 12 active outbreaks at seniors’ homes now include 415 residents and 218 staff, she said.

“We have been using all of the doses of vaccine we have to make sure that we are protecting those most at risk at our long term care homes,” Henry said. “That was our number one focus, and what we’ve seen has been incredibly positive.”

The overall number of new cases, however, has seen a recent “uptick,” according to Henry. There were 559 new cases recorded in the past day, which is the second-highest daily tally so far this month. There are 4,677 people actively battling infections.

A total of 77,822 British Columbians have been identified as having been infected with the COVID-19 virus, with 71,753  of them, or more than 92.2%, being considered as having recovered.

Another 7,881 B.C. residents are under close watch by health officials because they have had known exposure to individuals identified as having the virus.

Health officials received a large shipment of vaccine doses yesterday, and have so far given 224,354 vaccine doses to 165,458 people. Of those, 58,896 have had their required second doses.

There were no new healthcare facility outbreaks in the past day, according to Henry.

There remain 12 seniors’ homes across the province that have active COVID-19 outbreaks – down from more than 50 during most of January.

Two outbreaks at seniors’ homes in Nanaimo – Eden Gardens and Wexford Creek – are the only ones in the Island Health region.

The outbreak at the Acropolis Manor in Prince Rupert is the only active outbreak in Northern Health.

The four active outbreaks at seniors’ living facilities in Interior Health are at:
• Brocklehurst Gemstone Care Centre in Kamloops;
• Creekside Landing in Vernon;
• Noric House in Vernon; and
• The Florentine in Merritt.