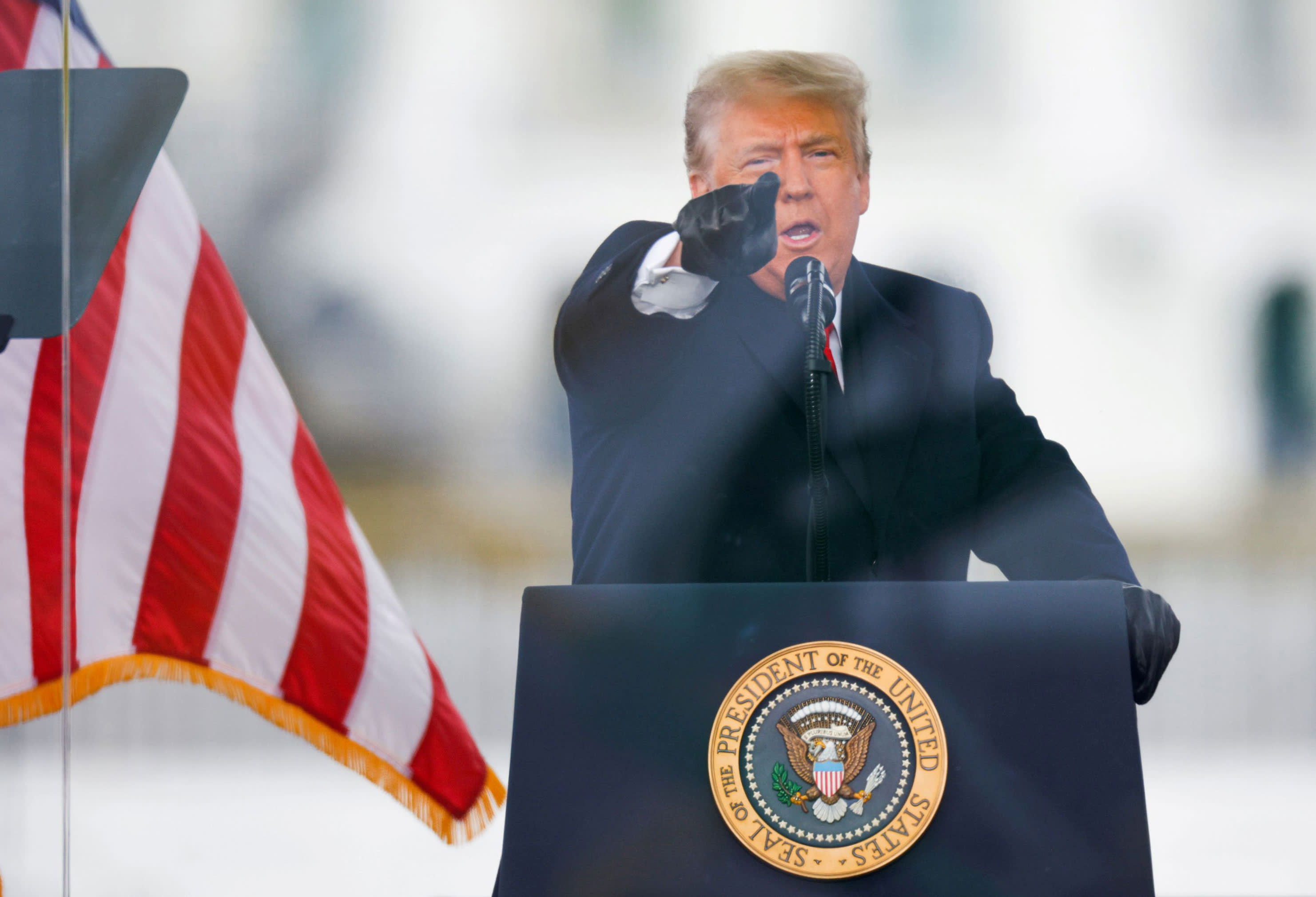 Lawyers for Donald Trump on Tuesday denied that the former president incited a mob of supporters to storm the Capitol or that he tried to stop Congress from confirming President Joe Biden’s Electoral College victory.

The arguments came one week before Trump’s unprecedented second impeachment trial is set to begin in the Senate. Trump was impeached in the House last month on one article of inciting an insurrection.

Those impeachment managers argued that Trump was “personally responsible” for inciting the Jan. 6 assault on the Capitol, which left five dead and forced an evacuation by a joint session of Congress, derailing their efforts to confirm Biden’s win.

Trump, during a rally outside the White House just before Congress convened that day, urged his supporters to march to the Capitol and pressure Republican lawmakers to object to the election results. Trump repeatedly called out then-Vice President Mike Pence, who was presiding over the proceedings, to take action to stop Biden’s win from being certified.

“If you don’t fight like hell you’re not going to have a country anymore,” Trump told the crowd. The House impeachment managers included that statement, and numerous others from the rally, as evidence of Trump using rhetoric that was “calculated to incite violence.”

But Trump’s lawyers, Bruce Castor Jr. and David Schoen, said in a 14-page filing that the phrase had nothing to do “with the action at the Capitol as it was clearly about the need to fight for election security in general.”

Castor and Schoen joined Trump’s legal defense just days ago, following reports that a previous slate of lawyers had quit the team.

They also argued that since Trump was no longer president, an impeachment trial ought to be dismissed out of hand because the Constitution “requires that a person actually hold office to be impeached.”

The House Democrats had anticipated this argument from Trump’s team, writing in their own brief that “it is unthinkable” that the framers of the Constitution “left us virtually defenseless against a president’s treachery in his final days, allowing him to misuse power, violate his Oath, and incite insurrection against Congress and our electoral institutions simply because he is a lame duck.”

“There is no ‘January Exception’ to impeachment or any other provision of the Constitution,” the Democrats argued. “A president must answer comprehensively for his conduct in office from his first day in office through his last.”

The majority of Republicans in the Senate apparently agree with Trump’s lawyers. Forty-five GOP senators voted last week to dismiss the trial as unconstitutional.

Democrats, who hold 50 seats in the Senate, will have to persuade at least 17 Republicans to vote with them in order to convict Trump.

The impeachment managers also accused Trump of spending the months after his November loss spreading lies about election fraud and falsely claiming he won the race “by a landslide.”

The article of impeachment against Trump said the former president’s statements “encouraged — and foreseeably resulted in — lawless action at the Capitol.”

Trump’s lawyers responded that “Insufficient evidence exists upon which a reasonable jurist could conclude that the 45th President’s statements were accurate or not, and he therefore denies they were false.”

They added that Trump’s speech was protected by the safeguards of the Constitution: “If the First Amendment protected only speech the government deemed popular in current American culture, it would be no protection at all.”

Castor and Schoen also took issue with the choice of Sen. Patrick Leahy, the Vermont Democrat and senior lawmaker in the Senate, to preside over the trial.

Trump’s lawyers lamented in their brief that Roberts was “replaced by a partisan Senator who will purportedly also act as a juror while ruling on certain issues.”

“The House actions thus were designed to ensure that Chief Justice John Roberts would not preside over the proceedings,” they wrote, “which effectively creates the additional appearance of bias with the proceedings now being supervised by a partisan member of the Senate with a long history of public remarks adverse to the 45th President.”