Mobile roaming: What will happen to charges after Brexit?

That’s because the UK’s

trade deal with the EU does not rule out additional costs when heading abroad in future.

Can I use my mobile in the EU?

Since 2017, UK consumers have, within reason, been able to use the minutes, texts and data included on their mobile phone tariffs when travelling in the EU.

The same is true for consumers from other EU countries visiting the UK.

There are fair use limits, which mean you can use your mobile phone while travelling in another EU country, but you could not, for example, get a mobile phone contract from Greece and then use it all year round in the UK.

Before the rules changed, using a mobile phone in Europe was expensive, with cases of people returning from trips to find bills for hundreds or even thousands of pounds waiting for them.

After leaving the EU on 31 January 2020, the UK entered a transition period during which virtually all EU rules and regulations – including on mobile phone roaming – still apply.

The UK’s trade deal with the EU does not say that the ban on additional roaming charges will continue.

It says that both sides will encourage operators to have “transparent and reasonable rates” for roaming. 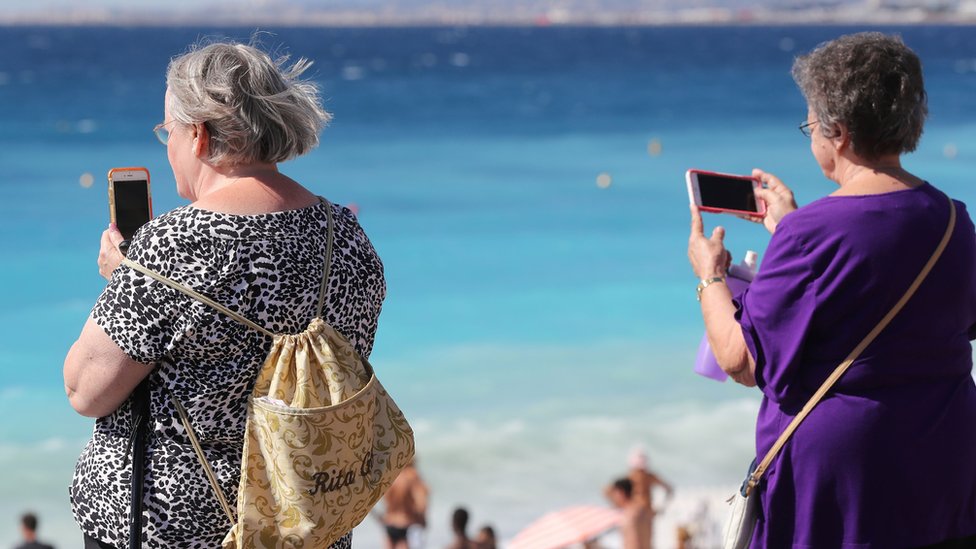 That means that mobile operators will be able to implement roaming charges after the end of the transition period if they want to.

The government’s guidance says: “Check with your phone operator to find out about any roaming charges you might get from 1 January 2021.”

It has already passed legislation that would provide some safeguards for consumers:

What are mobile companies planning?

Of course, just because the operators might be allowed to reintroduce roaming charges, it does not necessarily mean that they would do so.

The problem is that without the EU rules in place, the charges would depend on agreements between UK operators and their counterparts in EU countries.

While they may have such deals in place to prevent charges increasing straight away at the start of 2021, there is no guarantee that they would be able to maintain them indefinitely.

There are three factors that mean there is a reasonable chance of UK operators being able to continue to offer inclusive roaming:

The four main operators in the UK declined to comment on the specifics of the commercial deals they have done with other operators, but said they did not plan to reintroduce roaming charges.

Three said it “already offers roaming at no extra cost for its customers in over 70 destinations including the US, Australia and New Zealand. We will retain this great customer benefit regardless of Brexit negotiations.”

Vodafone said it had no plans to reintroduce roaming charges.

And O2 said: “We’re committed to providing our customers with great connectivity and value when they travel outside the UK. We currently have no plans to change our roaming services across Europe.”

What do you want BBC Reality Check to investigate? Get in touch