There were also some hard flops. The pandemic exacerbated some companies’ weak points with factory shutdowns and layoffs. Many EVs that were supposed to arrive or make their debut were delayed. Other companies were exposed for overpromising and underdelivering. (Or was that tricking investors?)

As Lea Malloy, head of research and development at auto industry group Cox Automotive Mobility, said in a recent call, “2020 was supposed to be the year” for EVs. While the pandemic took a lot away, it was a year to show “that the EVs have arrived.” And arrive they did. But not without some major stumbles.

A Consumer Reports survey released Thursday found that more than 70 percent of 3,392 U.S. drivers surveyed in July and August were at least generally interested in a plug-in EV as their next car purchase or lease. It was even higher, at 78 percent, for millennial-aged drivers. The top issues preventing an EV purchase were: “not enough public charging stations” and “purchase price.” (The cheapest zero-emission, plug-in option available in the U.S. is the Nissan Leaf for $31,600.)

But the barrier to going electric is starting to erode: Throughout 2020, there were many announcements and plans about more charging stations and the next generation of EVs.

Now it’s more about which is the best EV and Tesla isn’t the only option. Malloy pointed out that 11 traditional car companies have EVs coming out in the next few years. The Wall Street Journal recently listed another 11 EV-only startups chasing Tesla’s success.

Then there’s the political landscape. A Joe Biden presidential win was an EV win. The next few years are expected to be even better for EV adoption with more buyer incentives and better charging and energy infrastructure to support widespread electrification. More states will follow California’s new electric vehicle sales goals, as New Jersey already has. Nick Nigro, founder at data analysis firm Atlas Public Policy, sees EV-friendly policy starting to permeate throughout the U.S. “That momentum is clear,” he said in a call.

With all this in mind we look back at 2020 and which companies and cars pushed electric ahead. We also see where the pandemic and other factors hit the brakes.

Tesla became the most valuable auto company this year, despite factory shutdowns in China and California (which CEO Elon Musk bullied into opening despite the pandemic) and Musk contracting COVID-19. Still, it produced the most vehicles it ever has and was profitable. Excitement for EVs crescendoed with Tesla’s Battery Day, when it announced a cheaper, Tesla-made battery that Musk promised meant enough savings to soon offer a $25,000 Tesla. The EV leader capped the strong year by joining the S&P 500.

It’s back. GMC decided to take the monstrosity of its discontinued Hummer and revive it as an all-electric supertruck. While the first model won’t be here until next year, the new Hummer shows that GM and the industry is serious about converting to electric — and soon. If a massive Hummer can get 350 miles on a single battery charge, so can others.

The demand for compact SUVs is strong in the U.S. and VW is electrifying that excitement with the ID.4. Announced in September and expected to arrive in the beginning of 2021, the modest, 250-mile range vehicle has the spaciousness of an SUV and an affordable price tag. Eventually, a base model will start at $35,000. In Europe, the new ID.3 hatchback released in Germany in September was hailed as an affordable “bigger” EV paving the way for the ID.4 and more electric VWs in the states.

Volvo quietly moved ahead with its pioneering electrification plans. Its first all electric SUV, the XC40 Recharge, continued on schedule and is starting deliveries in January of 2021. The company will continue to add an electric vehicle to its lineup each year until 2025.

Despite a New York Auto Show premiere thwarted by the pandemic, the Bay Area-based EV newcomer Lucid moved ahead with production on its first car, the Air. A new factory in Arizona was built in the past year and production on the first $169,000 Dream edition of the luxury, high-range sedan is underway. The base version, called the Air Pure for $77,400, is on track to arrive in 2022.

While some GM-owned electric cars had pandemic-related setbacks like the Cadillac Lyriq SUV and Chevy Bolt refresh, overall, GM pushed through with big plans for electric. The company announced a Chevy electric pickup truck and 20 different electric (and hydrogen fuel cell) models slated for 2023. It also avoided a deal with Arizona-based electric truck startup Nikola, which was a close call after it turned out the EV company didn’t have as much electric technology as it claimed.

Even though Nikola’s pickup truck plans were scrapped after it was exposed as potential fraud, the company is still somehow staying afloat with its other business ideas for a hydrogen-electric semi truck. But the demise of its Badger hydro-electric pickup truck was a huge blow. The CEO resigned, GM pulled out of a major deal, and the stock hit rock bottom.

The China-based EV company known for its massive dashboard screen took the hardest hit during the pandemic. At the end of June, it announced a six-month production suspension for its M-Byte electric SUV. Its financial troubles started when COVID-19 first hit China and adversely affected its workforce. The SUV was supposed to come out in China by the end of this year and arrive in the U.S. in 2021. Now it looks like it’ll be an indefinite delay.

COVID-19 meant delays for the Amazon-backed Rivian pickup truck. It’s now expected to arrive later in 2021 instead of by the end of this year. But it wasn’t all bad news in 2020. Before the pandemic, the Michigan-based startup added 1,000 EV factory jobs. A prototype version of the Rivian R1T pickup was featured throughout Ewan McGregor’s Apple TV+ docu-series Long Way Up. 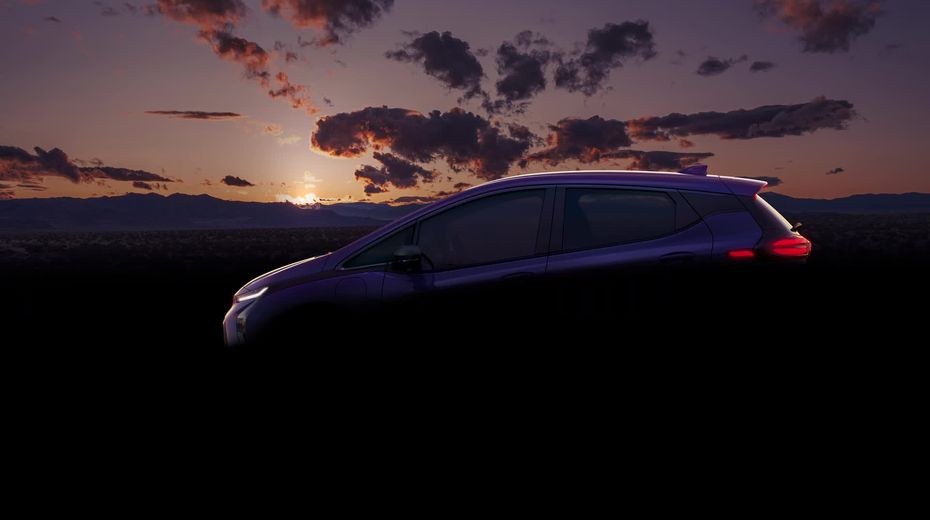 Anyone eager for Chevy Bolt improvements for its first EV model has to wait it out. The newest version of the sedan EV was supposed to arrive in time for 2021, but it’s been pushed back a year because of COVID-related delays. The SUV-sized version of the compact Bolt EV is supposedly still on schedule for 2022.