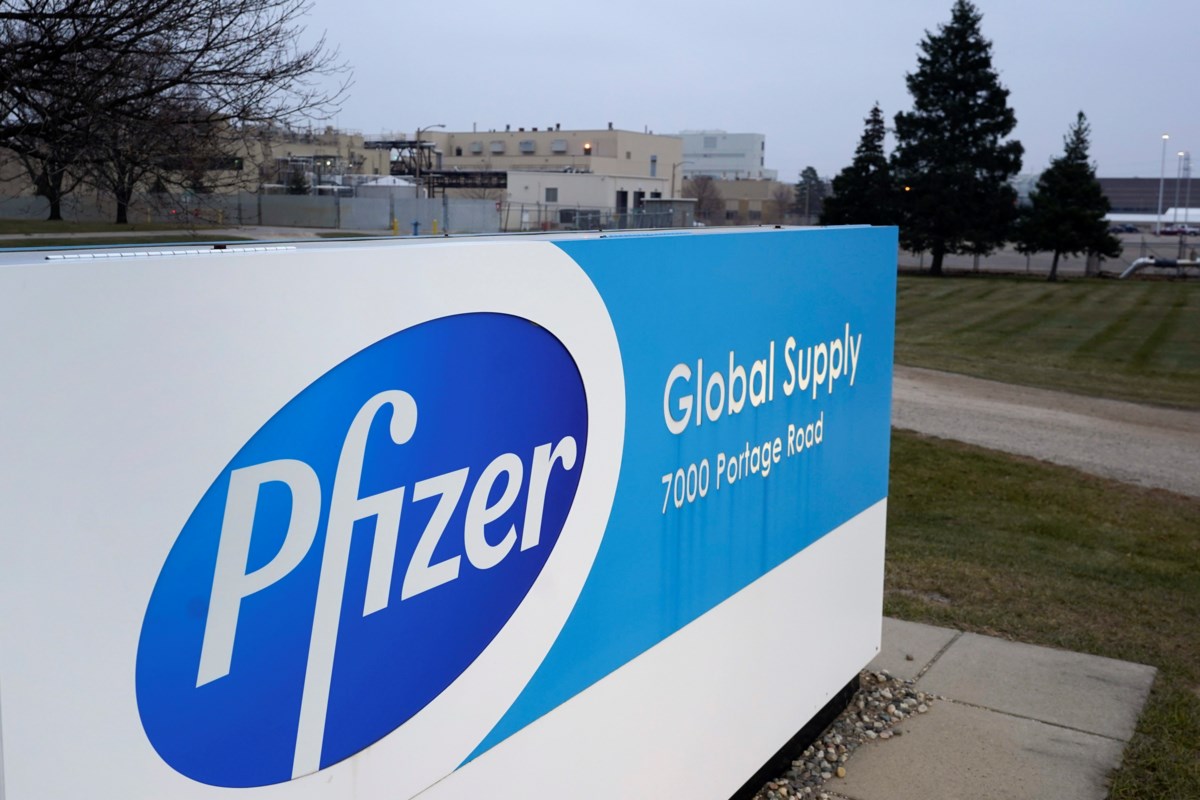 WASHINGTON — The nation’s first COVID-19 vaccine will begin arriving in states Monday morning, U.S. officials said Saturday, after the government gave the final go-ahead to the shots needed to end an outbreak that has killed nearly 300,000 Americans.

Trucks will roll out Sunday morning as shipping companies UPS and FedEx begin delivering Pfizer’s vaccine to nearly 150 distribution across the states, said Army Gen. Gustave Perna of Operation Warp Speed, the Trump administration’s vaccine development program. An additional 425 sites will get shipments Tuesday, and the remaining 66 on Wednesday.

Initially, about 3 million doses were expected to be shipped nationwide. It was unclear exactly who would receive the first shots, though health care workers and nursing home residents were the priority. Perna said health authorities would decide.

A similar number of shots will be held back for those recipients’ second dose, which is needed for full protection from COVID-19.

The announcement Saturday kicks off a massive logistical operation involving the federal and state governments, private companies and health care workers to quickly distribute limited vaccine supplies throughout the U.S. It offers hope in a country grappling with surging COVID-19 infections and deaths, which are overwhelming hospitals and raising fears that things will only get worse as people gather over the holidays.

Perna compared the vaccine distribution effort to D-Day, the U.S.-led military offensive that turned the tide in World War II.

“D-Day was the beginning of the end and that’s where we are today,” Perna said a news conference. But he added that it would take months of work and “diligence, courage and strength to eventually achieve victory.”

MaineHealth, a network of 12 hospitals based in Portland, plans to provide an expected first delivery of nearly 2,000 vaccines to doctors, nurses and others facing risk as they treat COVID-19 patients, said Dr. Dora Mills, chief health improvement officer.

“It’s almost hard for me to talk about without tearing up,” Mills said Saturday. “This vaccine gives us some glimmer of light at the end of the tunnel.”

The first shipments will leave Pfizer’s manufacturing plant in Kalamazoo, Michigan, by truck and then be flown to regional hubs around the country. Medical distributor McKesson and pharmacy chains, including CVS and Rite-Aid, also are involved in the initial rollout and vaccinations at nursing homes and assisted living .

In a key distribution challenge, the vaccine, co-developed with BioNTech, must be stored and shipped at ultra-low temperatures — about 94 degrees below zero. Pfizer has developed shipping containers that use dry ice, and GPS-enabled sensors will allow the company to track each shipment and ensure it stays cold.

Distribution sites are mainly large hospitals and other facilities able to meet those ultra-cold storage requirements. Within three weeks, vaccines should be delivered to all vaccination sites identified by states, such as local pharmacies, Perna said.

The vaccine was timed to arrive Monday so health workers could receive the shots and begin giving them, Perna said.

Workers at Mount Sinai Hospital System in New York did a dry run this week to prepare for their shipment. In a clean room, pharmacists practiced making separate doses of a training vaccine and ensuring the freezer was kept at temperatures colder than in Antarctica.

“Not a lot of people have vaccinated for a large pandemic like this,” said Susan Mashni, of pharmacy at Mount Sinai. “So we want to make certain that we get it right. There’s a lot of different moving pieces and parts.”

At a meeting where an expert panel advising the Centers for Disease Control and Prevention on vaccines unanimously endorsed the Pfizer shot, some said local health officials were struggling to ensure the vaccine is distributed fairly and to those most in need and to ease people’s concerns about getting the shot.

But “the funding necessary for state and local health departments to carry out this program has been put in the deep freeze,” said Dr. Jeffrey Duchin, a Seattle physician representing the National Association of County and City Health Officials.

The Food and Drug Administration authorized emergency use of the vaccine late Friday. It capped an unprecedented global race to speed vaccines through testing and review, chopping years off the normal development process.

The FDA found the vaccine highly protective with no major safety issues. U.S. regulators worked for months to emphasize the and independence of their review, but President Donald Trump’s administration pressured the agency until the final announcement. A top White House official even threatened to remove FDA chief Stephen Hahn if a ruling didn’t come before Saturday.

Concerns that a shot was rushed out could undermine vaccination efforts in a country with deeply ingrained skepticism about vaccines.

“Science and data guided the FDA’s decision,” Hahn said Saturday. “We worked quickly because of the urgency of this pandemic, not because of any other external pressure.”

The FDA’s vaccine director, Dr. Peter Marks, said the agency will carefully track any reports of allergic reactions in the U.S.

Next week, the FDA will review a vaccine from Moderna and the National Institutes of Health that appears about as protective as Pfizer’s shot. On Friday, the Trump administration said it had purchased 100 million more doses of that vaccine on top of 100 million it previously ordered.

The announcement came after revelations that the White House opted not to lock in an additional 100 million doses of Pfizer’s vaccine for delivery in the second quarter of 2021. The Trump administration contends the current orders plus those in the pipeline will be enough to accommodate any American who wants to be vaccinated by the end of the second quarter of 2021.

The Associated Press Health and Science Department receives support from the Howard Hughes Medical Institute’s Department of Science Education. The AP is solely responsible for all contentcontent.