Currys PC World has said that customers who lost out on Black Friday deals because it cancelled their orders will be able to buy the goods again at the same discounted prices.

The electronics retailer has blamed a website glitch for causing it to lose at least some of the sales involved.

after the BBC reported cases of shoppers being told they would have to reorder and pay the full cost.

The firm said it had yet to quantify how many people had been affected.

“We will be honouring promotional prices for any customer who placed an order between 25 November and 1 December and received an email confirmation of purchase but then had the order cancelled,” a spokeswoman told the BBC.

“If we are out of stock on their item of choice we will give the customer a 10% discount off a similar product.”

She added that a form would be added to the store’s website by the end of Thursday to help those who qualify resolve the matter.

Currys PC World – which is owned by Dixons Carphone – said it had experienced an “unprecedented volume of customers” on 27 November, which had caused its site to fail.

The outage led it to lose details of transactions made via gift cards as well as some Order and Collect purchases.

In addition, it said, some users who bought goods for home delivery via debit or credit cards had their orders cancelled for other reasons. 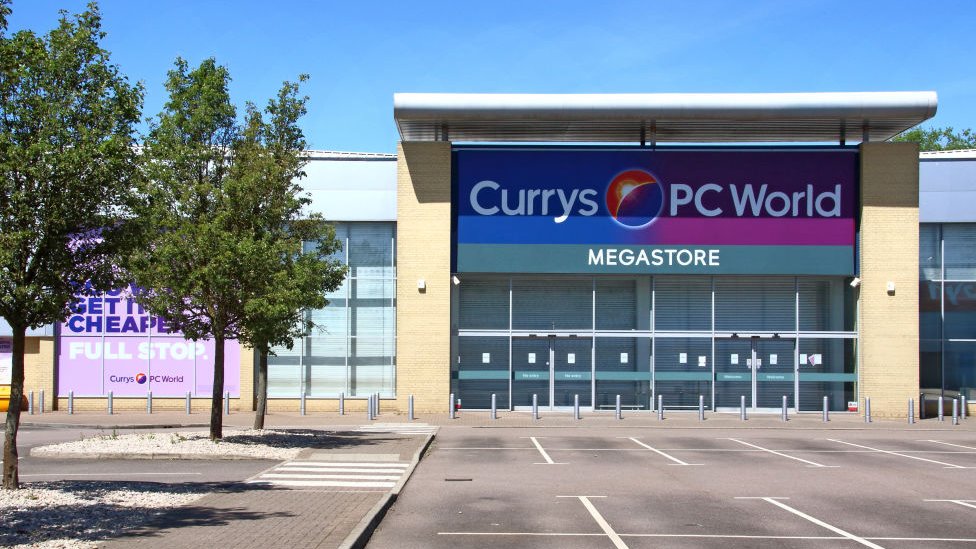 Many customers did not suspect there was an issue as they had been sent an order confirmation email.

And they only discovered there was a problem after the sale ended when they contacted the firm to chase up undelivered items or arrived to pick up goods.

“I waited in all day [for the delivery], rang them up and they said it had been cancelled,” one Surrey-based shopper who had ordered two computers told the BBC.

“It was very disappointing. I could have obtained the laptops from Amazon, and like my son said I probably should have.”

Another from North Ayrshire who had tried to buy a discounted television said: “I had to take it upon myself to contact them to find out what was happening with my order just to be told that due to their own fault I wouldn’t be receiving [the TV] for the price I had ordered it for – I was very angry.”

The store has now told its customer service team to honour the original sales prices and it intends to contact shoppers who had previously been given different advice.

The law does not oblige retailers to honour discounts on cancelled orders so long as money is not taken from customers’ accounts.

However, the consumer rights group Which? had earlier suggested Currys PC World’s reputation was on the line.

“The tech retailer has earned itself a poor reputation for customer service and in a recent Which? survey received just two stars for its after-sales service,” said the organisation’s consumer rights expert Adam French.

“The company must up its game or customers will rightly go looking elsewhere for a good deal.”