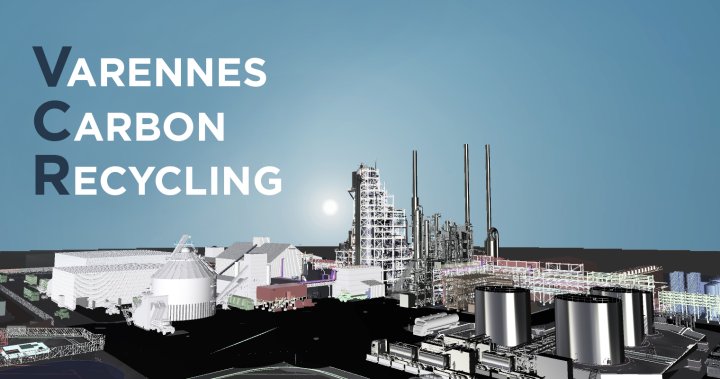 A new plant to produce biofuels from non-recyclable residual materials will be installed in Varennes, a city 30 minutes from downtown Montreal.

The green energy recycling plant is the first of its kind in the province of Quebec and is apart of the Recycle Carbone Varennes project by company Enerkem.

READ MORE: Quebec to ban sale of gas-powered cars by 2035 as part of climate plan

The project is valued at $876 million, including $687 million for the factory alone.

The project is receiving provincial and federal funding.

Minister Catherine McKenna, for her part, announced a federal investment of $74 million.