Pensioner boycotts Co-op after being refused 50p off cereal

A PENSIONER has boycotted his local supermarket after the store refused him 50p off his Shredded Wheat.

John Osman, 91, visited the Co-op in Witney’s High Street, looking to use a voucher he had previously been given in the store.

However, Mr Osman, who has been a loyal shopper at Co-op stores for more than 70 years, did not show the voucher to staff until after he had purchased his items.

Subsequently, staff at the store rejected Mr Osman’s attempts to use the coupon.

Mr Osman said: “I was saddened when a man whom I presume is a member of the managerial staff was unable to deal effectively with a problem unwittingly caused by me when I failed to produce from my pocket a coupon for fifty pence off any Nestle Shredded Wheat product before I’d paid my £26.64 bill.

“The coupon had been awarded to me on my previous visit a few days beforehand to the store and I simply forgot to show it until I’d actually paid the bill and had just left the counter.

“I immediately returned and a helpful woman behind the till said she would have to call for assistance.

“I understood that because there might well have been computer system problems. 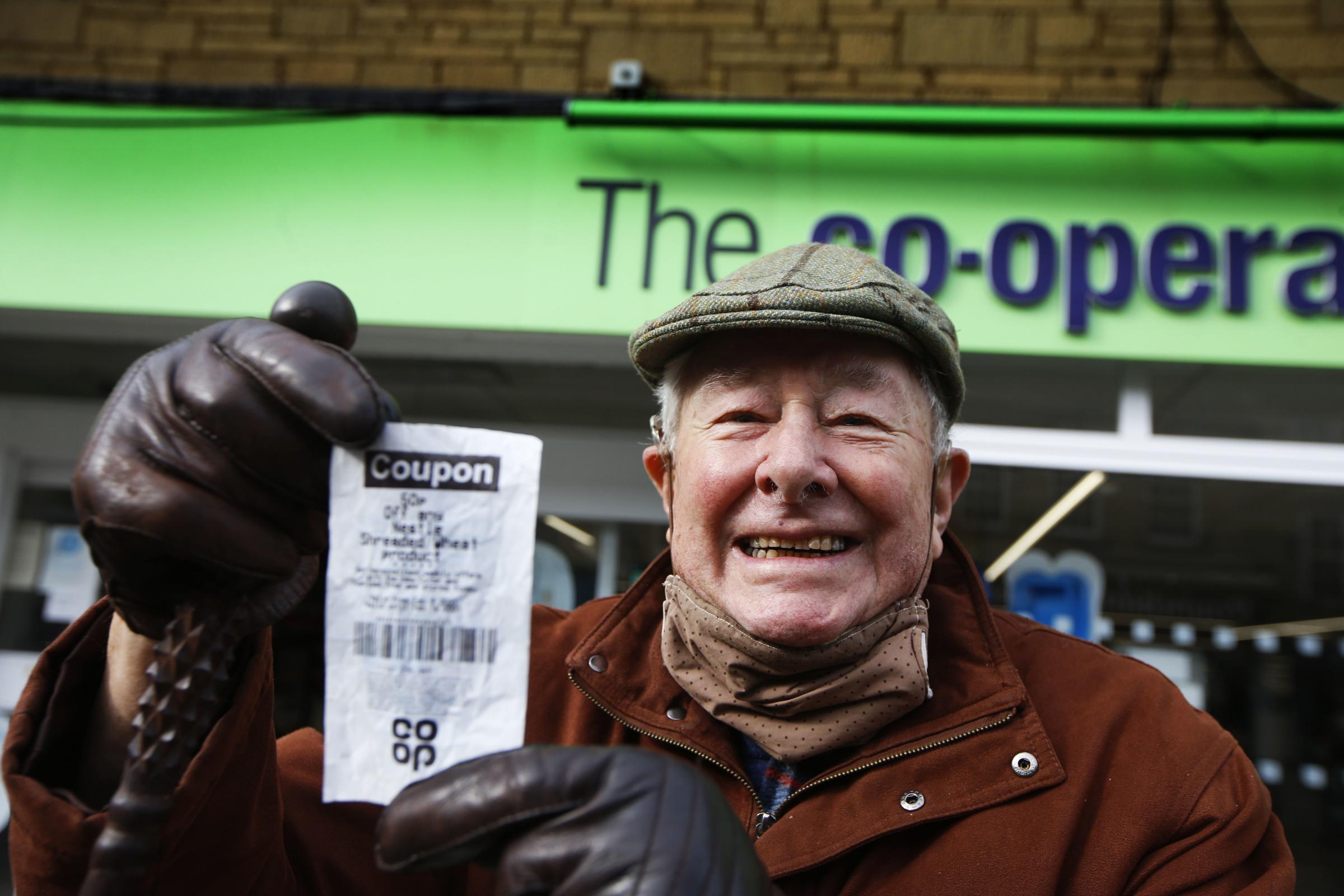 Witney pensioner John Osman collects his 50p from the Co-op after the store refused his voucher. Picture by Ed Nix

“Very quickly, the management representative arrived and said that nothing could be done.

“Mystified by this, I asked ‘why not’?

“He was polite but adamant, giving me no explanation as to why my oversight in not producing the coupon before my payment was so insuperable.

“This irritated me somewhat and I impolitely commented that I supposed it was the computer, and added that if he couldn’t do anything about it, his store was losing a Co-op customer of seventy years or more.

However, Mr Osman admitted he did not want to draw out his boycott for too long.

“The trouble is, I don’t really want to end my life-long association with the Co-op because I find its products good and fairly-priced, and I welcome the annual payment around Christmas time of any dividends one has earned by shopping there,” he said.

“Nevertheless, I get fed up with being told these days that something can’t be done because of the computer.

“I am nearly 92, and although the Witney Co-op is farther away from my home than its competitors like Sainsbury’s and Waitrose, I’ve been a faithful client since arriving a few years ago to live here.

“I have no intention of boycotting other Co-op stores elsewhere.

“So I’ll make an offer to end my one-man boycott of the High Street store if a managerial representative there offers me fifty pence.

“We shall all have struck a blow against the all too common practice of relying too heavily on computers for everything.”

When contacted by this newspaper, a spokesperson for Co-op: “We sincerely apologise for any inconvenience caused to our customer, and we would be pleased to welcome them back in to the store at their convenience to collect the fifty pence.”