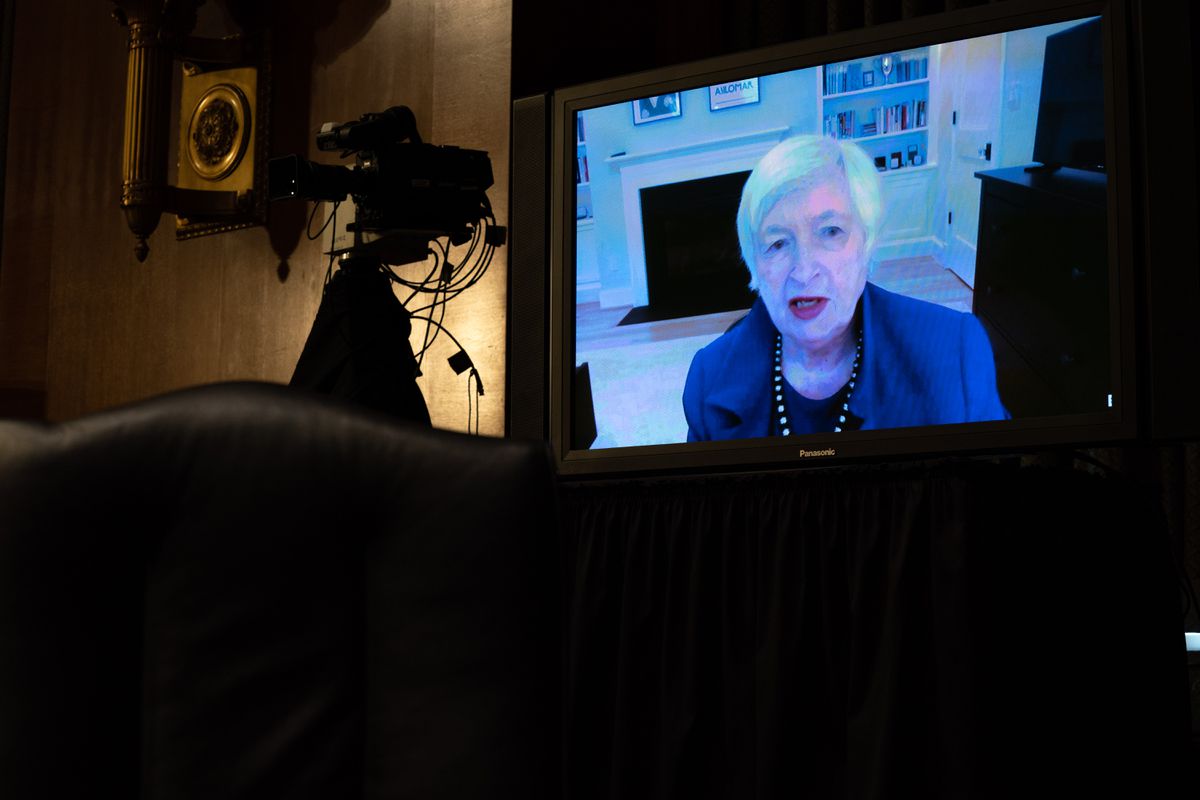 Janet Yellen, U.S. President-elect Joe Biden’s nominee for Treasury Secretary, said the value of the dollar should be determined by markets, and the targeting of exchange rates for commercial advantage by other countries was “unacceptable.”

Yellen told Senate lawmakers at her confirmation hearing on Tuesday that the United States should oppose attempts by other countries to artificially manipulate currency values to gain trade advantage.

“I believe in market-determined exchange rates. The value of the U.S. dollar and other currencies should be determined by markets,” said Yellen, former chair of the Federal Reserve.

“The United States does not seek a weaker currency to gain competitive advantage and we should oppose attempts by other countries to do so,” she told members of the Senate Finance Committee. “The intentional targeting of exchange rates to gain commercial advantage is unacceptable.”

If confirmed, Yellen said she would work to implement Biden’s promise to “oppose any and all the attempts by foreign countries to artificially manipulate currency values to gain an unfair advantage in trade.”

Previous Treasury secretaries have also affirmed their commitment to a market-determined exchange rate, and some in recent years have said that a strong dollar is in U.S. interests. Yellen did not endorse a strong dollar on Tuesday.

Yellen also gave no examples of countries that she believed were manipulating their currencies.

The Treasury Department last month issued a long-delayed report on foreign exchange rates, labeling Switzerland and Vietnam as currency manipulators, a parting shot that could complicate matters for Yellen if she is confirmed to the post, as expected.

The Treasury also added India, Thailand and Taiwan to a list of trading partners it says may be deliberately devaluing their currencies against the dollar.

The COVID-19 pandemic has skewed trade flows and widened U.S. deficits with trading partners, an irritant to outgoing President Donald Trump, who won office in 2016 partly on a promise to close the U.S. trade gap.

Yellen told lawmakers she viewed China as the most important strategic competitor of the United States and underscored the determination of the Biden administration to crack down on what she called China’s “abusive, unfair and illegal practices.”