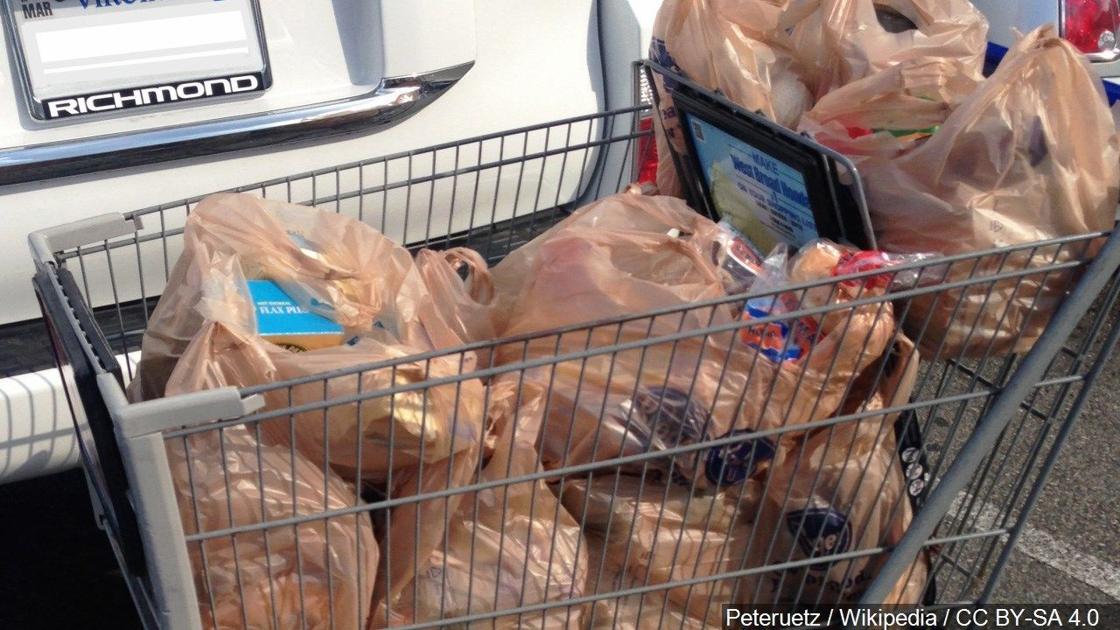 DOVER, Del. (AP) – Delawareans now have one less thing to worry about in the new year. No longer will shoppers have to wrestle with that age-old question: paper or plastic?

Under a new law aimed at reducing plastic pollution along roads and waterways, grocery stores and many other retailers in Delaware are now prohibited from providing thin “single-use” plastic bags at the checkout counter. Customers will have to rely on paper bags, pay at the checkout for thicker, “reusable” plastic bags, or bring their own bags with them.

The law, similar to those passed in a handful of other states, defines a reusable bag as one made of plastic, cloth or other fabric, is capable of being cleaned and disinfected, and can carry 22 pounds over 175 feet for at least 125 uses.

The intent of the law is to reduce the number of thin plastic bags that, despite being recyclable, often wind up in landfills, snagged in trees, clogging storm drains or otherwise fouling the environment. They can also degrade into bits of “microplastic” that pollute the air and water, potentially causing harm to both humans and wildlife.

“Each Delawarean uses about 434 plastic bags and that means nearly 2,400 tons of plastic bags end up in our landfills annually,” Environmental Secretary Shawn Garvin said in a news release.

The change might come as a surprise to some shoppers.

“I had no clue,” Donna Volger, 50, said earlier this month as she loaded groceries into her car at a Food Lion in Dover. “I think they should give us a little bit more warning instead of just walking in on New Year’s Day and there’s no bags.”

Volger, who said she will probably start taking her own box or bag with her on shopping trips, nevertheless agrees with the intent of the law.

“If it’s better for the environment, I’m all for that,” she said.

“They blow all over. I get them in my yard all the time,” he said.

There’s no guarantee, however, that people will use the thicker reusable bags multiple times before they are recycled, put in the trash or tossed away as litter, just like the thinner bags.

Robert Hale, a professor at the Virginia Institute of Marine Science, said the environmental benefit of replacing single-use plastic bags with thicker, reusable bags likely would be incremental.

“No one’s going to use the damn thing over a hundred times,” said Hale, who noted that he, like other cat lovers, relies on single-use bags when throwing away used cat litter.

Richard Beatty of Newark, one of 28 people who submitted written comments during the public hearing process on the new ban, offered a similar sentiment.

“Every one of mine get reused at least once as trash bags or cat litter bags,” he wrote. “Without the plastic bags, I will need to purchase bags that are usually heavier weight and use more plastic not less.”

Rebecca L.C. Taylor, a researcher at the University of Sydney, found that local and state bans of single-use bags in California resulted in a 40 million-pound annual reduction of plastic, but that reduction was offset by an additional 12 million pounds of plastic from increased purchases of trash bags.

“This means that 28.5% of the plastic reduction… is lost due to consumption shifting towards unregulated trash bags,” Taylor wrote in a study published last year in the Journal of Environmental Economics and Management.

Taylor also has co-authored a working paper suggesting that “market-based incentives” such as a small fee or tax on each disposable bag, or a customer bonus for using reusable bags, can be more effective than “command-and-control” approaches such as bans in reducing disposable bag use.

State environmental officials have decided to allow stores to use remaining inventories of single-use plastic bags for delivery and curbside pickup, even though such use is not authorized under the new law.