Adobe Flash Player, the browser plug-in that brought rich animations and interactivity to the early web, has officially reached the end of its life.

Released in 1996, Flash was once one of the most popular ways for people to stream videos and play games online.

But it was plagued with security problems and failed to transition to the smartphone era.

Adobe will no longer offer security updates for Flash and has urged people to uninstall it.

It will also stop videos and animations running in its Flash Player from 12 January.

Why was Flash popular?

When Flash was first released, a majority of internet users connected via dial-up connections that were very slow by today’s standards.

But Flash let web designers and animators deliver exciting content that could be downloaded relatively quickly.

“You could make a full three-minute animation with multiple characters, backgrounds, sounds and music less than 2 megabytes (MB) and viewable from within the browser,” explained animator David Firth.

His surreal animations and characters – such as the gangly, green hunchback Salad Fingers – enjoyed viral success before the advent of social media.

“I just made the stuff I wanted to see that I felt was missing: dark, surreal comedy,” he told the BBC.

“There were no shortcuts to viral content. No corporate fingers twiddling the algorithms. It was simply attention-grabbing and quality material that rose to the top.”

Sites such as Newgrounds – described as “the YouTube of Flash” by Mr Firth – sprung up to serve the growing demand for cartoons and interactive games.

“It was the first website I’d ever seen that allowed anyone to post content and it be available in real time. If the community felt the content was low quality, it would get removed at the end of the day so you actually had to take that into account when posting,” he said.

Flash was about more than just animations – it also let websites such as YouTube stream high-quality video.

By 2009, Adobe said Flash was installed on 99% of internet-connected desktop PCs.

But by then the world was shifting towards mobile devices and Adobe was slow to react.

“We had optimised for lower-end phones with Flash Lite,” explains David Mendels, former executive vice president of products at Adobe.

“It was incredibly successful in places like Japan, but it wasn’t the same as the full desktop Flash. It wasn’t fully compatible.”

a blistering open letter headlined Thoughts On Flash, in which he laid out why Apple would not let Flash run on iPhones and iPads. 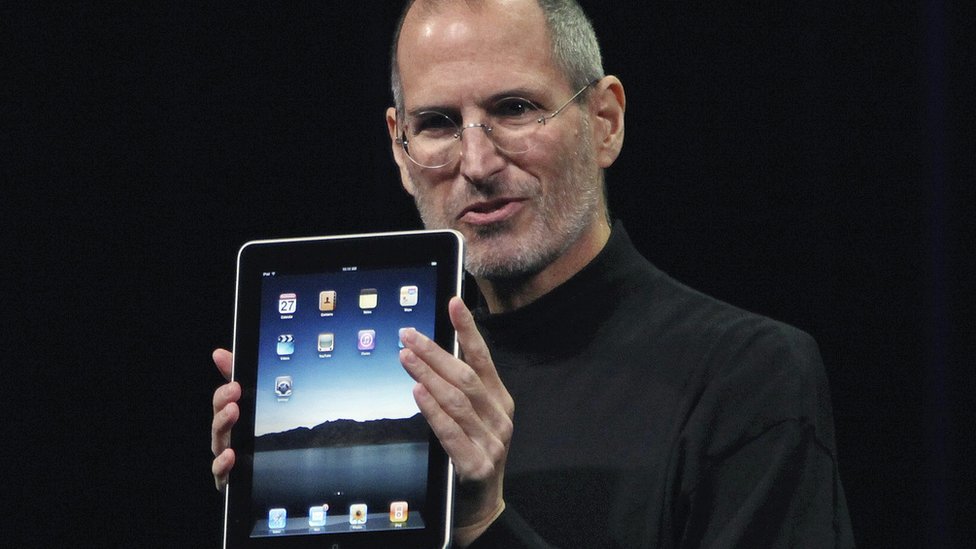 Flash, he argued, was cumbersome to use on a touchscreen, unreliable, a security threat and a drain on battery life.

He said videos and animations could instead be delivered with HTML5 and other open technologies, making Flash redundant on a smartphone or tablet.

“When the iPhone came out, Flash wasn’t quite ready,” Mr Mendels told the BBC.

“But also I think Apple wanted to create an Apple-only ecosystem.”

Eventually, Adobe did get a version of its Flash Player working on smartphones.

But the internet had moved on. Big brands such as Facebook, Netflix and YouTube were already streaming videos to smartphones without Flash and in November 2011 Adobe ended development of Flash for mobile devices.

It continued to produce Flash for desktop computers, but the software suffered from multiple security flaws.

In 2015, Apple disabled the plug-in in its Safari web browser by default, and Google’s Chrome started blocking some pieces of Flash content.

It said other technologies, such as HTML5 had matured enough to provide a “viable alternative”, without requiring users to install and update a dedicated plug-in.

What happens to all the old animations?

Since Adobe will prevent Flash Player from displaying content from 12 January, there are concerns that years of animations, games and interactive websites will be lost.

Gaming company Zynga closed the original version of its FarmVille video game on New Year’s Eve after 11 years, as it relied on Flash to run.

An open, collaborative project known as Ruffle is working to develop software that can play Flash content in a web browser, without requiring a plug-in.

The Internet Archive is currently hosting more than 2,000 items.

Its collection includes episodes of Salad Fingers, although David Firth has posted official copies on YouTube, which he considers to have been a “Flash killer”.

“As time went on and YouTube offered higher and higher-quality video formats, there was simply no reason to post in the Flash format,” he explained.

But since Flash was also used for interactive websites and games, there was “every reason to preserve the format”, he told the BBC.

Many of the features animators used are still available in Adobe Animate.

In its final update, Adobe said: “We want to take a moment to thank all of our customers and developers who have used and created amazing Flash Player content over the last two decades.

“We are proud that Flash had a crucial role in evolving web content across animation, interactivity, audio, and video.”

How can I remove Flash from my computer?

Adobe has provided instructions for removing Flash on Windows and Mac computers on its website.

It has warned: “Uninstalling Flash Player will help to secure your system since Adobe does not intend to issue Flash Player updates or security patches after the end-of-life date.”